Another week has dragged on and here we are, the weekend. It's time to go over a few little bits and find out what our readers have been playing this week.

For me, I've been playing rather a lot of DRAG , the fancy new racer from Orontes Games. As pretty as it is and how smooth the performance is, the game itself might be the most frustrated I've been with a racing game—ever. Not the kind of frustration to put me off because of technical issues, more at my own inability to keep the damn car from sliding about everywhere and then smashing into a tiny little tree and losing a precious wheel. 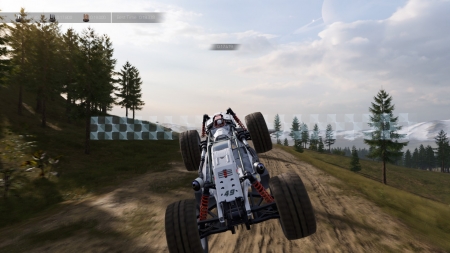 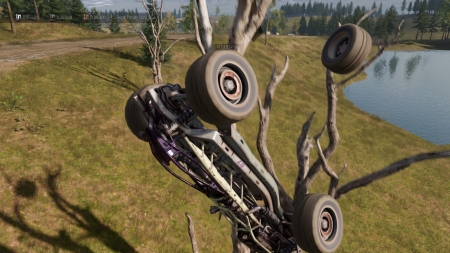 Have you ever had a game truly give you stress-sweats? It's not just because it's ridiculously warm in the GOL office, DRAG is nail-biting edge of your seat tough . It took me over 4 hours to beat the first set of time trials on the "Wood" medal (the lowest). 4 hours, split across a few levels that take ~30 seconds to beat most. Who set these crazy times? Orontes we need words. Challenging physics aside, DRAG is a great entry into the racing genre that I hope goes on to become a success. It's been a while since I was properly excited to see a racing game evolve and DRAG has such an impressive start. I did at least get a few good runs in like this on video .

Now how about a little round-up of some interesting recent news?

As for game engines, the cross-platform and open source Godot Engine is changing how it will provide rendering options with Godot 4.0 when it gains Vulkan support. Instead of a high-end and a low-end renderer, they will instead have a single renderer that is efficient for multiple uses. You can read more about that here . Additionally, Godot is getting a Volumetric fog implementation which is merged in ready for release (shots below). 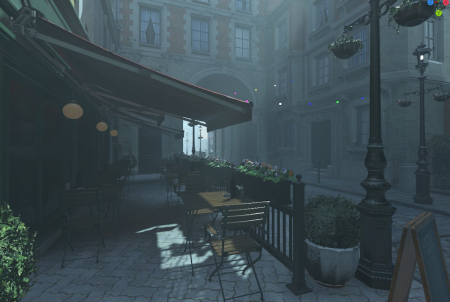 Additionally, a normal Fog system is also back in for Godot 4.0 that's less complex than the system in the 3.x series that should look good with "less effort". The Godot team is also looking for help funding to hire more developers which you can do so on Patreon . If you're a game developer reading, I do urge you to look into using Godot.

This week we also had the KDE August 2020 application updates bringing with it improvements to the Dolphin file manager with lots of usability improvements, like improvements to how it cuts the filenames when they're too long and a new "Copy Location" option. This Copy Location ability was also added to Konsole, KDE's terminal app and there's plenty more updates across KDE apps. Digikam especially got a big upgrade with Digikam 7.0.0 with much better facial recognition.

Something very concerning is what's happening over at Mozilla. There's been some conflicting reports but they're definitely changing and letting go of 250 staff members. MDN (Mozilla Developer Network), practically one of the go-to places for reading up on web tech and standards also had its team gutted and they're trying to find a way forwards. Hopefully it's not all as bad as it sounds. It's alarming since they make Firefox, and it would be really bad if we ended up with just Chromium sticking around. Open source still sure, but Google pretty firmly control it. The somewhat good news, is that Mozilla has now managed to sign a new deal with Google for funding, which makes up the majority of their incoming monies.

Over to you in the comments: what have you been gaming on Linux lately and what are you clicking on this weekend?