This time, we will enjoy socialising and talking about this and that and XMPP. We meet in Biergarten Golgatha. We will keep as much of physical distance as possible and use cloth face masks when entering.

Where?Biergarten Golgatha, only some hundred metres from the place, where the computer has been invented.

There's been so many good Linux supported releases lately I've been a bit spoilt for choice including these just in the last week: DemonCrawl , UnderMine , The Battle of Polytopia , Littlewood , Monster Crown , Core Defense and Hellpoint (plus plenty more I've missed).

Recently though, I've been having masses of fun in Orcs Must Die! 3 on Stadia with a co-op partner. Getting to test out all the different trap combinations, it's genuinely good fun. It was fun enough by myself but now with a partner, it's far more amusing especially trying the later difficulties. Good manic entertainment.

As for actual Linux-desktop games, Jupiter Hell sucked me right in once more. Jupiter Hell is the spritual successor to DRL (D**m, the Roguelike) and it's one of the most furious roguelikes I've ever played. While turn-based, it's so streamlined and fluid it feels almost realtime. It's also quite gorgeous in places. Jupiter Hell has evolved quite nicely during Early Access and it's easily worth a look. 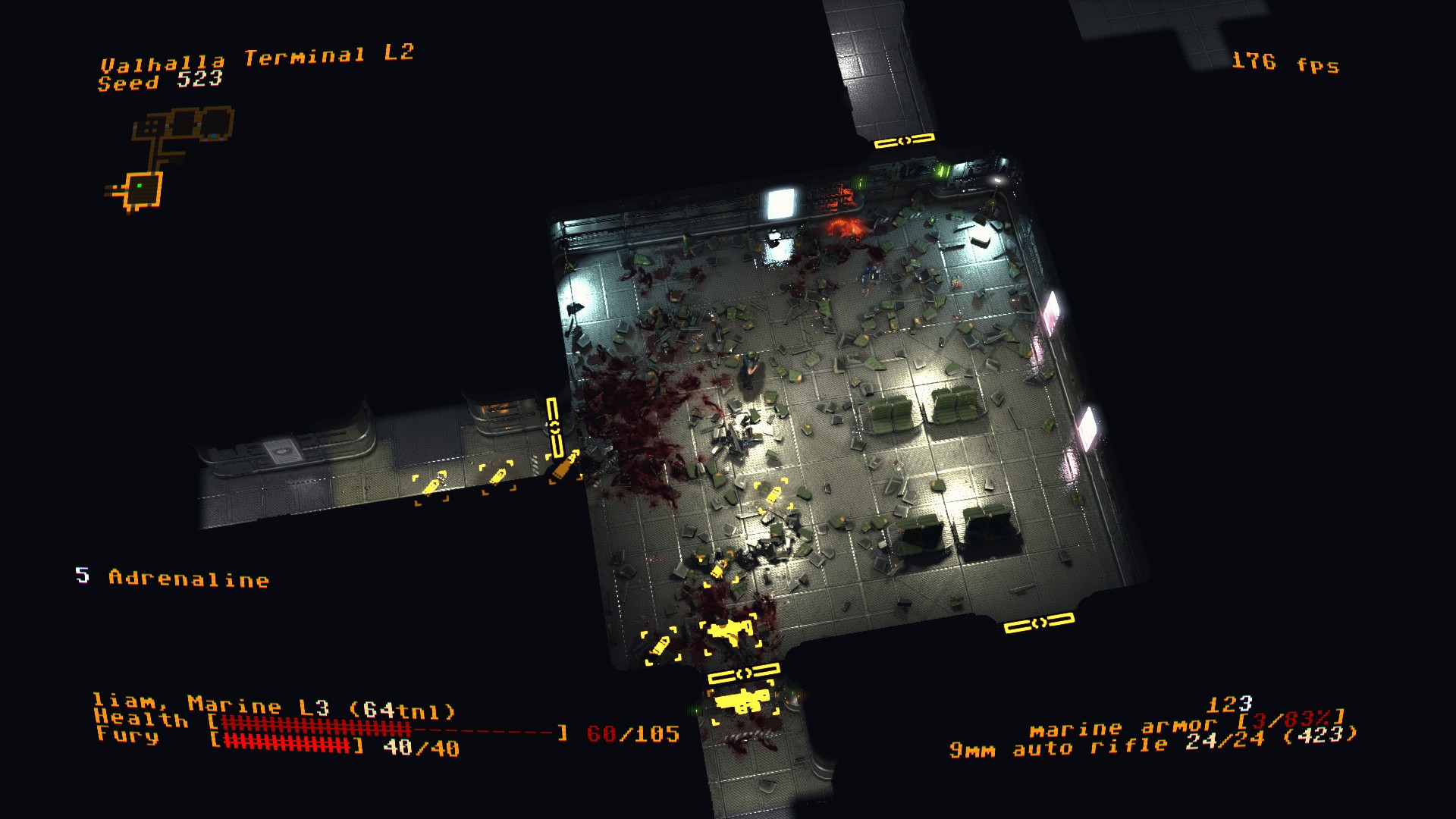 I also spoke to the developer of Haque , a rather fantastic glitch fantasy roguelike from 2017. As great as it is, the Steam build had a bug where a file was named "Haque_Text.zip" but the game was looking for "haque_text.zip". Linux case-sensitivity strikes again. They mentioned they will fix it as soon as possible.

Additionally: it appears that there's another big CPU security issue , this time not just affecting Intel. According to the paper it should affect Intel, ARM, IBM, and AMD CPUs.

Lastly, NVIDIA put up a new Vulkan Beta Driver 450.56.06 with the sole change listed as new support for the VK_EXT_4444_formats extension that landed with Vulkan API spec 1.2.149 that we reported on here .

Over to you in the comments: what have you been gaming on Linux lately and what are you looking forward to the most across this year?

Oh, hey! We didn't miss the weekend this time. Time for another community chat and giving out your latest recommendations.

After mentioning last time about my current love affair with the Raspberry Pi 4, that has very much continued. Everything seems to be holding up nicely on it. There's been plenty of Steam Link game streaming, which has been quite the highlight due to how smoothly it has been working.

For actual games though, I'm going to take this moment to totally plug CARRION again ( see my review ) because it's just wonderfully crafted. I'm now onto my second play-through to see if there are any fun things I missed. Sounds like it's been quite a successful launch too. 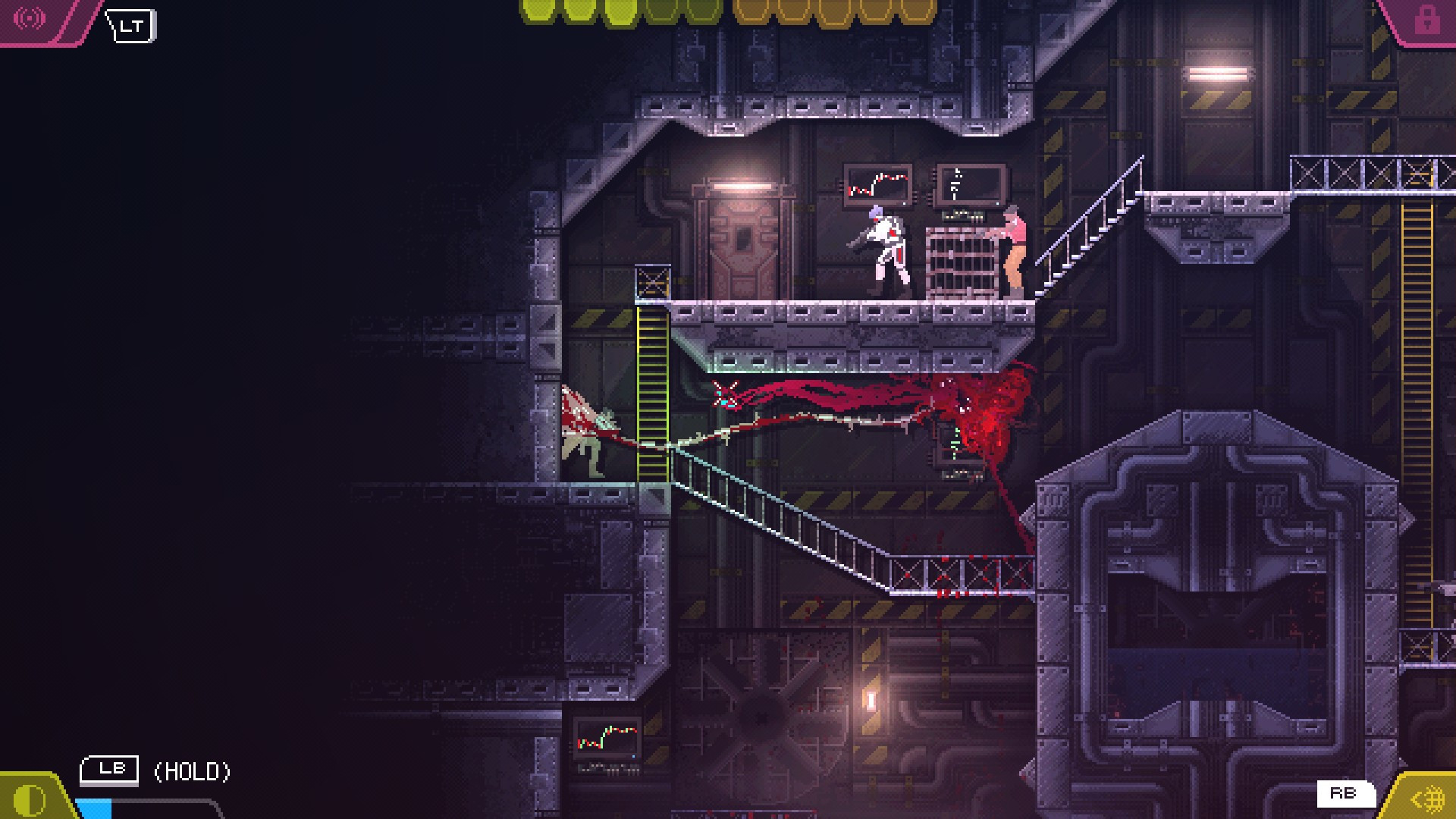 Here's a bit of trivia for you: the levels in CARRION were almost entirely made using Tiled , a free and open source general purpose tile map editor.

If you're stuck for something to play, here's a quick reminder on some good deals:

Over to you in the comments: what have you been gaming on Linux lately?

Apparently we missed the weekend and didn't ask you for your latest recommendations? Let's fix that. What have you been playing recently and what do you think about it?

For me personally, I've actually been doing something a little different. Since my 32nd birthday is coming up soon on July 30, I picked up a Raspberry Pi 4 (4GB model) and what a wonderful little device it is. I can finally join the world of tiny computers! Using the full Raspberry Pi 4 Desktop Kit , it couldn't have been any easier and what a joy it was to get going.

Snap it together into the little case, plug it in with the SD card that came with the 'NOOBS' installer so there's absolutely no fuss. Okay, that's a small lie, there was a tiny bit of fuss with KODI having a really slow mouse which was solvable by adding "usbhid.mousepoll=0" to the end of "/boot/config.txt".

Without much fuss then it was up and running —yes that's Halo: Reach with Steam Play Proton being streamed from a Manjaro desktop to the Raspberry Pi. Glorious. I also need to one day invest in a better camera but priorities…

So as you might expect, I've been testing out a lot of games with the Steam Link from my Linux desktop to my new Linux-powered Raspberry Pi 4 and so far it's handled it like an absolute champ. It's surprising how much better Steam Link works now than the last proper time I tested it, where it was quite rough, now it seems fantastic.

Over to you: what have you been gaming on Linux lately? Serve up your recommendations in the comments.

Wow, the end of another week over here in the surprisingly hot and sunny UK. Perfect weather to be sat inside playing games and there's been plenty of that here.

Thanks to the news of Celeste coming to Stadia , I was reminded of the fact that Celeste was in the recent itch.io charity bundle so I've been able to give it a thorough go after only previously playing it at a friends PC. I already liked it a lot but now I've sunk plenty more hours into it I'm totally blown away by it. It's truly no surprise to me now why it has amassed such a following, like on Steam where it has over twenty thousand views an an overall Overwhelmingly Positive rating. 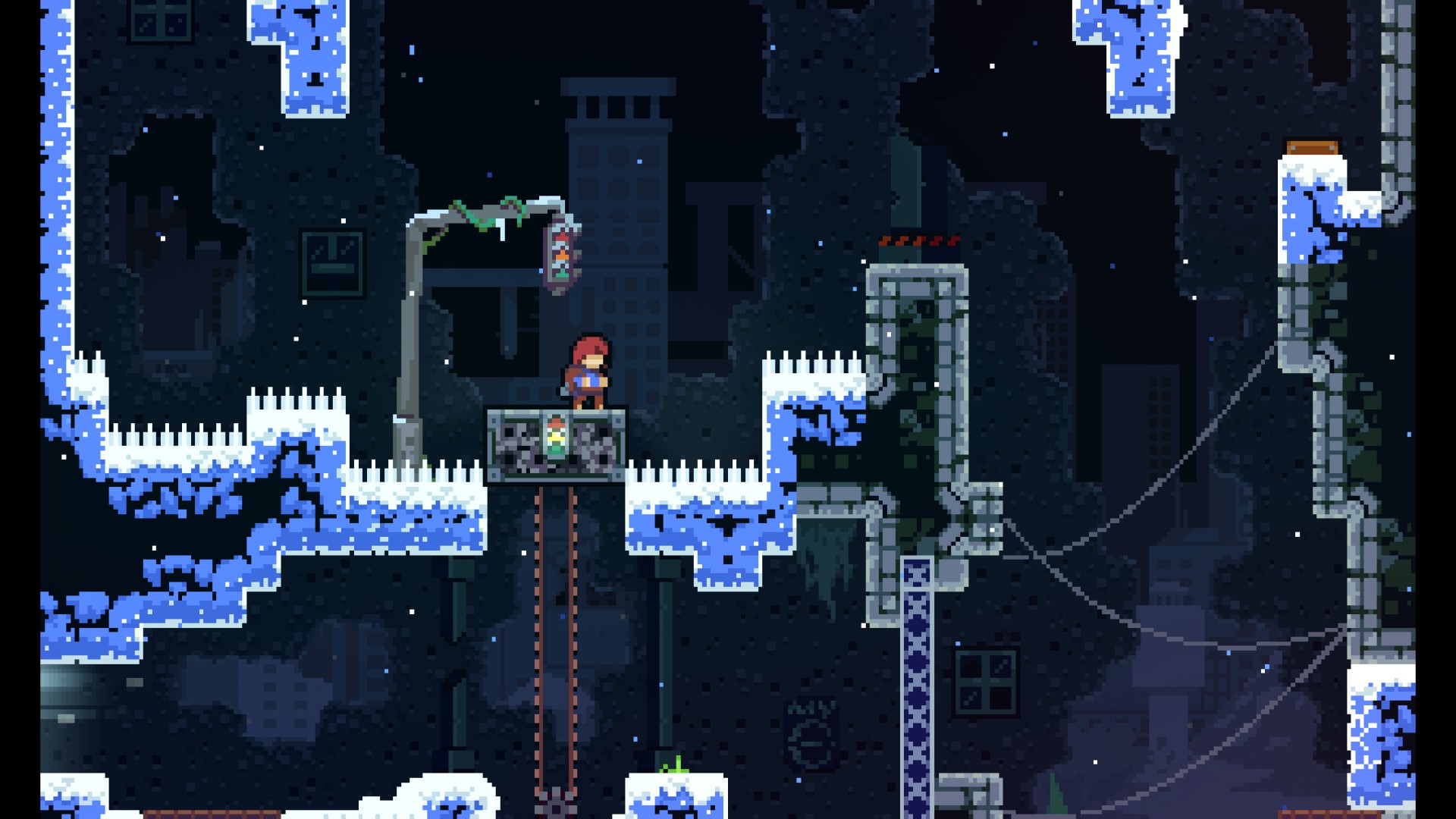 For the Linux version, Celeste appears to be another example of a finely tuned experience with no issues encountered for me at all. If you've not tried Celeste yet, do give it a go. Getting those darn Strawberries has become my most painful mission but managing to catch each one feels so good. Difficult? Absolutely. However, it's pretty much the perfected experience of challenging platforming with lovely pixel-art and beautiful audio to top it off.

If you don't own Celeste you can grab it from itch.io , Humble Store and Steam .

Over to you: what have you been gaming on Linux recently? Have a chat in the comments.

This time, we will enjoy socialising and talking about this and that and XMPP. We meet outside of xHain using their chairs on the pavement. We will keep 2 meters of physical distance and use cloth face masks when entering xHain.

Where? Pavement in front of xHain hack+makespace, Grünberger Str. 16, 10243 Berlin (as formerly)

Ah Sunday, that special day that's a calm before the storm of another week and a time for a community chat here on GOL. Today, it's our birthday! If you didn't see the post earlier this week , GamingOnLinux as of today has hit the big 11 years old! Oh how time sure flies by.

Onto the subject of gaming on Linux: honestly, the majority of my personal game time has been taken up by Into the Breach . It's so gorgeously streamlined, accessible, fun and it's also ridiculously complex at the same time. Tiny maps that require a huge amount of forward thinking, as you weigh up each movement decision against any possible downsides. It's like playing chess, only with big mecha fighting off aliens trying to take down buildings. 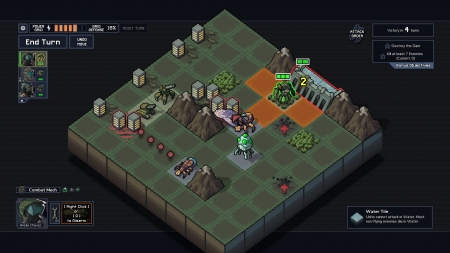 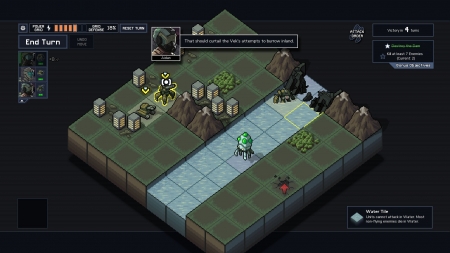 It's quite surprising how much room there is for coming up with a strategy, as the game continues surprising me many hours later with what's possible. Made by the same team behind FTL, Into the Breach reminds me of the same feeling I got when first discovering FTL and having that nagging need in the back of my mind calling me back to play more. Fantastic game.

I've also been quite disappointed in Crayta on Stadia , as it so far hasn't lived up to even my smallest expectations for the game maker. It just seems so half-baked, with poor/stiff animations and a lack of any meaningful content to start with. I'll be checking back on it in a few months but for now it's just not fun.

Over to you in the comments: what games have been taking up your time over the last week? Let us know what you've found to be particularly interesting.

It's coming to the end of another week on planet Earth. More games have released, tons have seen updates and it's time for another chit-chat.

You might laugh but a lot of my time has been spent playing Troll Patrol , I've actually found myself somewhat hooked by it. The simplicity of match-3 gameplay with a dash of RPG elements makes for quite a fun brew. I'm genuinely surprised by how fun it actually is and it seems the PC release has gone firmly under the radar with only one single user review on Steam.

I will also fully admit that Planetary Annihilation: TITANS has pulled me back in too. While the addition of a Unicorn commander was a little amusing, I found myself wanting to go back and throw an entire moon at someone. Such a huge RTS, the scale of it is crazy and it's really wonderful to see the newer developer (Planetary Annihilation Inc took over from Uber Ent) keep polishing the experience.

There's also a fair bit of Titanfall 2 . I can't tell you how happy I am that it works so well on Linux with Steam Play Proton. It seems the Steam release has given the 2016 shooter an entirely new life, who would have thought? It's repeatedly breaking new player records too with over 11 thousand online in it right now.

Over to you in the comments again: what have you been playing and what are you clicking on across the weekend?