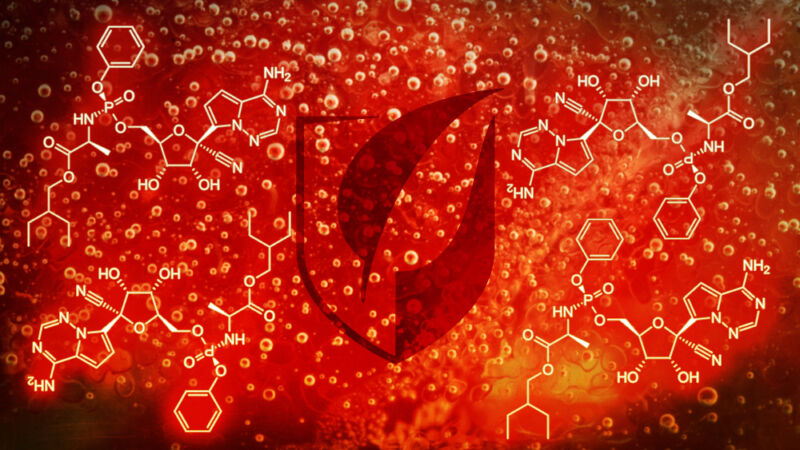 Earlier on Wednesday, we reported on some clinical trial data that offered good, if ambiguous, news about treating COVID-19. In the study, participants treated with a drug called remdesivir recovered on average 30 percent quicker than those receiving a placebo. But who owns the drug, how much of it can be made, and what does it cost?

To answer the first question, remdesivir is owned by Gilead Sciences, a US biotechnology company. Gilead got its first patent for the drug in 2017 when the company was originally targeting it as a possible treatment for the Ebola virus. That didn't pan out, but as our earlier article explains, biochemical similarities in how the Ebola and SARS-CoV-2 viruses function led Gilead to see if remdesivir could be repurposed for treating COVID-19. Gilead's patents mean that it has a monopoly on the drug in the United States, so barring government intervention or Gilead licensing the patent to others, it's the only company that can manufacture it until 2037, at which point a generic version could be possible.

To answer the second question, Gilead announced in April that it had ramped up production of remdesivir at its factory in La Verne, California, in January, and by the beginning of April, it had already stockpiled enough to treat 140,000 patients, each over the course of 10 days. The company also said that it plans to produce enough remdesivir to treat 500,000 patients by October and a million patients by the end of 2020. (This explains why there was some outcry in March when it was revealed that Gilead had applied for something called "orphan drug status" for remdesivir, which is supposed to be reserved for rare diseases. Gilead withdrew that application.)